We have included below some of our more frequently asked questions we receive from clients regarding affording family law legal fees. Click on each heading to expand. 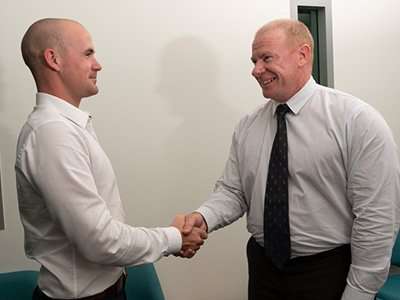 How can I afford legal representation in the event my marriage or relationship has broken down?

Generally speaking the Family Court of Australia and the Federal Circuit Court of Australia subscribe to the mantra that each party shall bear their own costs of proceedings. A common concern of a lot of people is how they pay their legal representatives if one of the parties to the relationship is in a position of financial dominance over the other?

The first step to resolve this issue is to attempt to get consent from the other side for a joint draw down of funds (from the pool of matrimonial assets) to be placed into each solicitor’s trust account. There seems no logical reason why “the other side” would deny such a reasonable request. A joint draw down of funds will not be any more or less favourable to one side than it will be to the other. It is usually the case that both parties will be relieved that the immediate financial burden of being able to pay your legal team is removed.

If you are unable to obtain consent as outlined above, there are many institutions which offer the litigation lending to litigants to achieve settlement of your matter.

If the above is unable to be achieved, the final step is to head to Court. The Family Law Act 1975 provides the Court with the authority to order a financially dominant party to give the other party sufficient funds to be able to prosecute their case. This is commonly known in legal circles as a “Hogan Order” and seeks to place both parties in the same financial position. It is so named after the leading case in this area of law.

What is a Hogan Order?

Typically, a Hogan Order will involve an application (the applicant) from the financially weaker party that the financially dominant party (the respondent) pay the applicant a lump sum. It can also be in the form of “a dollar for dollar” order whereby for every dollar spent by the wealthier party, the equivalent amount must be provided to the other party. Where the respondent’s wealth is primarily asset based, the Court can order the sale of assets to pay these amounts.

Being granted a Hogan Order is not guaranteed and will depend in each and every matter upon the particular circumstances of your case and the available asset pool. Your legal advisor will be able to tell you more when assessing the facts of your matter. Of course any such application is going to incur legal costs and the commercial reality is that to prepare such an application and appear it can cost anywhere between $10,000 – $20,000, another reason why obtaining consent as outlined in the first step of this article is so important. It is highly likely that your legal representative will carry their costs until an order is made and money is received and you should make that inquiry with your legal advisor at the outset.

Hogan Order Threshold – What is required?

A Hogan Order is viewed by the Courts as a last resort and all other avenues should be exhausted prior to making the application. The applicant to a Hogan order application has to pass certain threshold tests in order to be successful:

Evidence will also need to be presented about the actual legal costs incurred so far and that your legal representative is unwilling to carry your costs for the duration of the matter. You should obtain legal advice about the exact form of the evidence needed and the processes involved.

Please feel free to call MCG Legal and discuss your law matter with us.