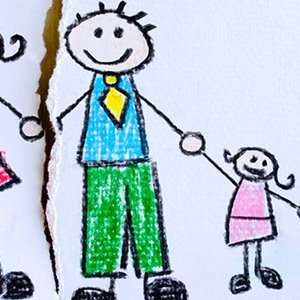 Parenting disputes involving the relocation of a child or children of a relationship are relatively common and always controversial. Recent legal developments result in the establishment of the following legal principle:-

Essentially, the Court will be asked to make a ruling that the advantages of permitting relocation (in the long term) outweighs the advantages of making orders requiring the parent requesting relocation to remain.  Courts have previously accepted that the happiness and contentment of the children depend largely on the happiness and contentment of their parents.

A successful argument for or against relocation must be able to demonstrate to the court that their position is in the best interests of the child.  In one case a parent was able to convince a court that they would be miserable if relocation was not permitted.  And further, that their misery would impact negatively on their parenting ability.

The rebuttal argument generally involves the other parent presenting evidence to the court about the impact the relocation will have on their relationship with the children and that they would not be able to effectively participate in major decisions in the children’s lives, but in many post-separation families the reality is that continuing inter parental conflict, either at changeovers, or in the children’s presence, exposes the children to harm.  On that basis communication between the parents should be limited and equally participating in major decisions about the children’s lives is not in their best interests.

Parenting disputes generally involve the courts adopting an individualised discretionary approach to their decision making because each case has its own unique factual circumstances.  Ultimately the court is responsible for determining how much weight is placed on the evidence in favour of one party, or against another.

The generally accepted ‘order of things’ in applying relocation rules is; a statement from the court that the best interests of the child remain paramount; an examination of the relevant factors described in the Family Law Act 1975; the presumption of equal shared parental responsibility and any rebuttal evidence; and a consideration of equal and substantial and significant time.  Whilst this procedure appears to provide definitive guidelines about how the courts approach relocation cases, discretion is still an acceptable influence in the outcome of many relocation cases.

The overwhelming factor in all relocation cases is that the children’s best interests is of paramount importance.  How that principle is implemented depends on the circumstances of the case.

If you have a child relocation dispute, we invite you to call our family lawyers on (07) 5591 2222 or contact us regarding a free 30-minute initial consultation.