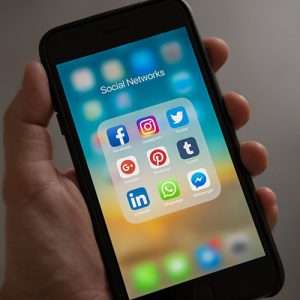 Any matters discussed during Court proceedings, or documents created for the purposes of proceedings in either the Family Court of Australia or Federal Circuit Court of Australia are not made available for consumption in the public domain and should not be used for any other purpose, which is not related to the family law proceedings.

Additionally, the Family Act 1975 imposes a restriction on all persons publishing in a newspaper, radio, or television broadcast, or otherwise “…disseminating to the public, or a section of the public” by any means, any part of any proceedings, which may identify a party to the proceedings, a person related to, or associated with, the proceedings, or a witness in the proceedings. Any persons who breach this restriction commits an indictable offence, which is punishable by up to one (1) year imprisonment.

Is a conversation with a Psychologist, Doctor, Counsellor, or trusted friend disseminating to the public, or a section of the public? The short answer is no, but if that conversation takes place over one of the publicly available social media platforms, the answer will be yes.

The Courts have examined this issue at length and the phrase “disseminating to the public, or a section of the public” should be read as widespread communication, with the intention of reaching a wide audience. Widespread communication will no doubt include, statements on Twitter, Instagram and Facebook, which we will get to later.

There may be instances where releasing information or documents created specifically for the purposes of family law proceedings serves the interests of justice. For example, if you are defending a criminal, or libellous allegation and a party, or witness in family law proceedings has made prior inconsistent statements in the Family Court, which bear direct relevance to the proceedings of another Court, then it is highly likely that, on application, the Family and Federal Circuit Courts will authorise the release of that information and relieve a party of their “implied undertaking of silence”, for the purposes of mounting the best available prosecution, or defence available to them. The “credit” of a witness in Court proceedings is an issue of the utmost importance in most litigation and where witnesses have made prior inconsistent statements, they should expect to be cross-examined about such statements.

There are other instances where statements on websites, Twitter, Instagram and Facebook are referred to the Court for further action and in one of these examples, the names of witnesses, children and parties in family law proceedings found their way on to a website. The mother filed an application with the Court seeking an injunction against the website and suspected that the father was involved in the creation of the website, but there was insufficient proof to support these allegations. The Judge issued an injunction against those behind the website restraining them from continuing to have the material identifying parties and witnesses, accessible on their website.

It is noteworthy that Judges in the family law jurisdiction do not have any authority to punish persons who breach those provisions of the Family Law Act, they are limited to referring alleged breaches to the Australian Federal Police for further investigation. If the AFP conclude there is enough evidence to prosecute a person, they need to seek the Director of Public Prosecutions written consent before they commence proceedings.