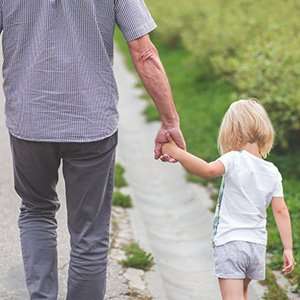 A relationship breakdown involving children not only affects the parents directly involved but often the extended family members such as grandparents. The Family Law Act 1975 (“the legislation”) supports the generally held view that children should be entitled to have a relationship with their grandparents.

Children entitled to have relationship with Grandparents

The legislation describes that any person who is concerned with the care, welfare or development of a child, can apply to the Court for a parenting order.  That includes parents of the child, grandparents of the child, but also extends to social workers and representatives of Government departments concerning the child’s safety. There is a lot of case law with respect to grandparents obtaining and spending time with children through the Court process.

The overriding principle in determining whether or not a Court will make an order in favour of a grandparent is the same process as determining what time a child will spend with each parent being for a parent that being what is in the child or children’s best interests. We do discuss this in great detail in our article entitled “Children and parenting”.

If you have been alienated from your grandchildren after having previously enjoyed good relationships with them, then you are within your rights to firstly attend a dispute resolution process in an attempt to recommence time with the children. If that process is unsuccessful a Section 60I Certificate will be issued by the dispute resolution practitioner which allows you to commence proceedings in the Court seeking to recommence spending time with the grandchildren.

The Court will look at many different factors in determining what is in the children’s best interests. Some of those factors will be time the children have previously spent with you as their grandparents, your relationship with them, the family situation, the reasons as to why there has been a breakdown in the relationship and the specific conduct of parents and grandparents and whether that conduct would pose any harm to the children.

MCG Legal has extensive experience in filing applications on behalf of grandparents in circumstances where parents have refused to allow the grandchildren to spend time with the grandparents in the case of divorce or parent being deceased. We have been successful on each and every occasion.

Should you be experiencing a situation where your grandchildren are not being allowed to have a relationship with you then we would advise you to urgently contact our office and arrange for a free consultation so that we can consider all factors in your matter and provide you with our best advice in resolving the situation.