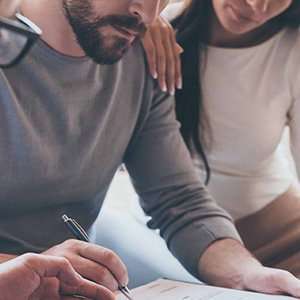 It is important that both parties entering into the agreement appoint legal representatives who have experience in dealing with binding financial agreements and follow the proper procedures set out in the legislation and previous court cases.  In order for an agreement to be binding it must be signed by all parties, the parties must have received independent legal advice and the court must be satisfied that it would be unjust and inequitable if the agreement were not binding on the parties.

The agreement can also be set aside by a Court if it was achieved through deceit, via unconscionable conduct (one of the parties signing cannot read or write English and no interpreter used), or non disclosure of relevant financial information.  The agreement can be declared void, voidable or unenforceable, if it is impracticable, or has been frustrated (e.g. bankruptcy and no property to divide), or there has been a material change in circumstances (e.g. birth of a child).  The Court can also set aside an agreement entered into for the purpose of defeating creditors (e.g. transferring your property to your spouse, to avoid creditors attempting to sell the property for payment of a debt)

For more information about pre-relationship written financial agreements, we invite you to call our family lawyers on (07) 5591 2222 or contact us regarding a free 30-minute initial consultation.