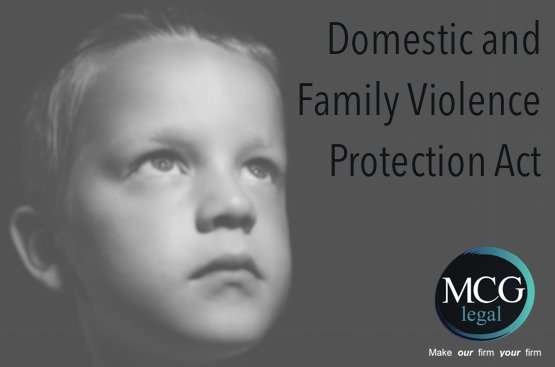 The concept of “domestic violence” is not new, however the formulation of a system of rules governing how you can behave in a domestic relationship is. It has never been OK to be physically or emotionally abused by your spouse. However, legislators in times gone by resisted intervening in domestic abuse situations as many “voters” regarded it as an unwelcomed intrusion into their personal lives.

Historically, in order to get police protection from an abusive spouse, the victim would be required to make a complaint and, if the matter proceeded as far as the Courts, give evidence against their abuser. The difficulty with that procedure was that many victims abandoned their allegations when their spouse professed their undying love for them, or even worse, threatened them with further violent acts if their allegations were not withdrawn. The introduction of the Domestic and Family Violence Protection Act in 1989 closed that legal loophole.

What is Domestic Violence?

Domestic Violence as it is defined in the legislation encompasses a broad range of behaviours. The most well known form of domestic violence is assault – where one person touches, or threatens to touch another without their consent, but domestic violence also includes damage to property; emotional and psychological abuse (including threats of self harm if you “leave”); coercing someone to engage in a sexual activity; economic abuse (eg. denying a person financial independence, or threatening to withhold child support); stalking/conducting unauthorised surveillance of a person; or any other behaviour which controls or dominates another person causing that person to fear for their safety or wellbeing.

In non life threatening situations an “aggrieved person” (the victim) can apply for a protection order under the Act by attending the nearest Court and completing an application, detailing the allegations of domestic violence. In more serious cases where police are called to a house after a report of domestic violence, the Act requires the police to investigate the incident and provides them with the authority to detain a “respondent” (the perpetrator) for up to eight (8) hours while they complete an application for a protection order.

Where an application for protection under the Act has been granted, it affords the following protection to aggrieved persons:

The common thread in domestic violence matters is power and control. One person is attempting to exert power or control over another, either physically or emotionally. An important step in preventing further acts of domestic violence is wrestling back that power and control. A simple way of achieving that is by not responding to that text message – don’t fuel the fire.

The article is intended to offer simple explanations to frequently asked questions about Domestic Violence and what practical impact, if any, the new Act has on domestic relationships. It is not legal advice and should not be relied upon as same as it does not answer questions specific to your situation.

Contact us today to discuss your Family Law matter.